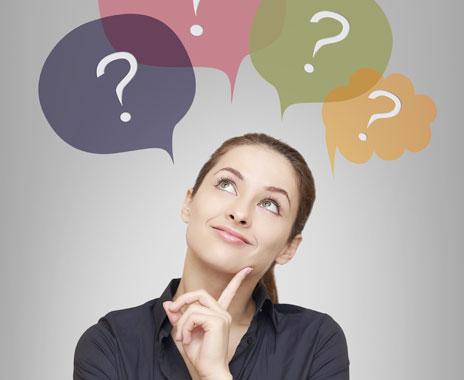 Of ozone works otherwise why would contractors and government agencies use them? However, like anything in life, to get the right answer you have to ask the right question. For instance, if you buy an ozone generator to purify your air while you’re home on full blast, and you breath high concentrations of ozone, then no, that won’t work, and nobody who sells ozone generators advocates that, but that’s the narrative that air purifier vendors and the EPA presents as “fact” for why you shouldn’t buy an ozone generator or ever use one. Molecule (who I blogged about) is all over the Internet warning people not to buy ozone generators and to instead buy their $800 ineffective (at removing VOC’s from a house) waste of money air purifier. If you ask an ozone generator seller, they’ll tell you ozone is the best thing since sliced toast. You can’t ask vendors with an obvious bias. To answer the question “Do ozone generators work” you have to ask the right question which is “do ozone generators permanently get rid of odors?” and “what are the scientifically known and proven uses for ozone?”

Shock treatment ozone generators “as opposed to ozone air purifiers which we do not recommend” work great at permanently removing odors, breaking down VOCs, killing mites, parasites, molds, bacteria, and viruses, and sanitizing surfaces. Shock treatment ozone generators create ultra-high concentrations of ozone. Those high concentrations, created only in unoccupied areas, rupture the membranes of small parasites and bugs quickly killing them with nothing but oxygen on steroids (o3 vs o2, oxygen) The ozone reverts to oxygen in 45 or so minutes. Once you return to the ozone-treated area, you should ‘air out’ your living area to flush out any byproducts of the ozone shock treatment process.

So are ozone generators harmful and is ozone toxic? Ozone is like water. Drinking too much water can kill you, but is water toxic? No. The devil is in the detail. How it’s used. The same goes for fire and almost anything. How it’s used depends on whether or not it’s safe or harmful or in this case “toxic.” Ozone is toxic to mold, viruses, bacteria, mites, and parasites, that’s for sure! Is it toxic to humans? Yes, if you expose yourself to it for many hours. However, ozone is self-regulating. Ozone makes you cough if it’s bothering your lungs, and you can simply leave the area if that happens. Nobody is going to stick around and cough up a storm and be harmed by ozone because the harmful levels of ozone will chase one away. If you breathe some ozone and it didn’t make you cough, then your lungs were able to handle the extra oxygen. If you breathe a high concentration of ozone in through your nose, the ozone will mostly break down via your sinuses before it reaches your lungs. So are ozone generators harmful? Only if you use a high output machine as an air purifier which nobody recommends and you sit there and breathe it in while you cough up a storm for hours. (highly unlikely) By the way, in the blood, ozone is not only not toxic it has been shown to kill cancer and boost the immune system.

Ozone shock treatment generators are used by companies like ServePro to remediate mold, smoke, and even rotting flesh damage. Homeowners can buy shock treatment ozone generators and act as contractors in the eyes of the law to “do it yourself” and save a ton of money. Contractors charge thousands to perform the service.

Scientifically speaking, ozone has been studied for over 100 years. We know what it does to microbes, molds, parasites, and bugs like mites. We know it kills them for sure. We know that ozone isn’t safe to breathe in high concentrations but that it reverts to oxygen in 40 minutes at room temperature. Many government agencies use ozone as do many contractors, and they do so because it works, otherwise, they wouldn’t use it. So there is no question that ozone works. The only question one should ask is: “How much ozone do I need to accomplish x y or z and for how long.”

So the answer to the question “Do ozone generators work” is yes, if you have enough “ozone power” to create the high parts per million concentration and you follow professional protocols. Forever Ozone sells proprietary ozone equipment that creates the highest possible ozone concentration by utilizing high CFM fans (3000 or 4000) that are aimed towards the room and utilize 20 to 80 thousand milligrams of ozone per hour. You don’t have to believe a sales pitch, examine the evidence and you will find that ozone generators do work great at permanently removing odors and killing small pests. Nothing else works like ozone. Not even close.