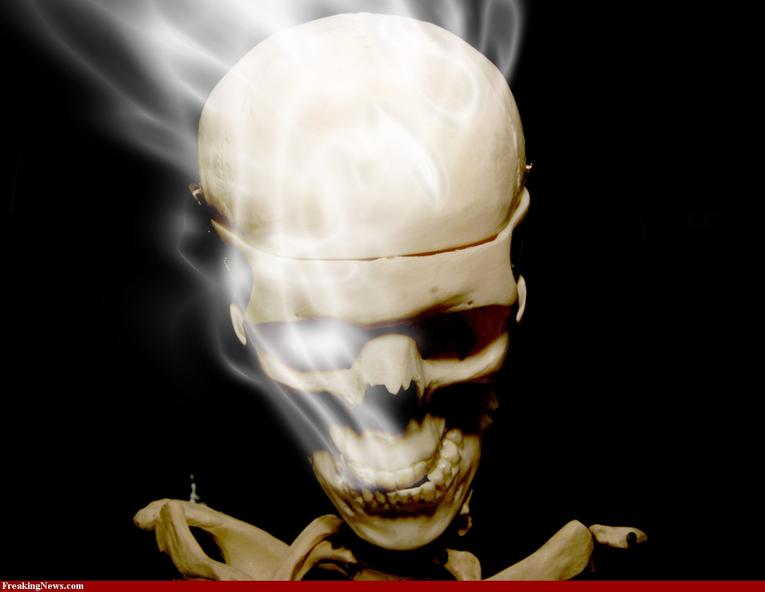 First, you need two times the amount of ozone you normally use to get rid of odors like food odors, musty smells, old people smell, etc. That means 2000 milligrams per 100 square feet, and that’s if you use our Cool-Tec units that stay cool. Ozone generators that have air pass over both sides of the plate at the same time don’t get properly cooled and the ozone plates run hot, over 100 degrees. At those temperatures, ozone production is reduced around 50%. Secondly, you need to make sure the humidity level is under 30%. If not, use a dehumidifier. Thirdly, you need to make sure the temperature is under 78 degrees, if not, turn on the AC. Why? At 50% humidity, ozone production is reduced by 50%. At 90 degrees, ozone production is reduced by 30%. If you don’t mind the temperature and humidity issue and you use a poorly designed ozone generator, you’ll need more like 5000 mg/h per 100 feet.

Next, the actual protocol to get the job of removing second-hand smoke damage done right, per years of experience in the remediation industry. First, don’t even think of painting over smoke damage. It will still seep through. What about the carpets? Carpets are nasty, especially if someone smoked or had pets. Tile is easier to clean, or hardwood floors, so get rid of the carpets, especially in a rental.
The first step is to run the initial ozone shock treatment. This should be a 6 to 8-hour shock treatment with one hour on, one hour off. Ozone lingers for 40 minutes so no need to run your generator constantly. Giving it time to cool down between run times prolongs the life of the transformers and gives you a better shock treatment because heat destroys ozone. After that initial shock treatment, wipe down all surfaces and walls with a degreaser to get rid of the tar and nicotine from the smoke damage. You know, that dull yellow haze that films the walls and cabinets? Ozone will get rid of the odor but not that funky stuff. That needs to be removed with a towel dipped in dishwashing soap, tied to the end of a mop stick, and continuously being changed or cleaned. That’s the hardest part of the job by the way.

The next step is to do ozone shock treatments for three or four more days, at least 12 hours in duration, at cold temperatures followed by a heating period. The heating up period allows for smoke damage that has penetrated deep into substrates to “off-gas” i.e. come to the surface so that ozone can break the hydrogen bonds and break those chemicals down. There are over 1000 chemicals in second-hand smoke. Most cause cancer and respiratory issues. If you live in a house that was smoked in, my guess is you’re getting yearly respiratory illnesses like bronchitis and your kids may develop asthma, even if nobody is currently smoking in your home. The damage that was done will continue to cause illness for many, many years until someone remediates the smoke damage.

The last step is to draw all of the air out of the house after an ozone shock treatment to remediate smoke damage. This part is a bit of a pain, but how a professional with IAQ training will do the job. Why? When you use ozone to get rid of second-hand smoke damage, you create tiny particulate that is harmful to your lungs and immune system. Not as bad as second-hand smoke, but still harmful. You need to AIR OUT THE HOUSE after each ozone shock treatment! This is best done by opening up all of the windows in the house, preferably early in the morning, and using a 20″ box fan placed facing outward in one of the windows to blow the remnants of your ozone shock treatment out (lowest window in the house). Place a piece of cardboard above the box fan so that it creates a negative pressure environment that will suck air in from outside via the open windows, bringing in the fresh air and draw out the fine particulate.
Now, if after you do that, you want to paint it? Knock yourself out. At least now that new paint won’t wreak of second-hand smoke when temperatures start to warm up!
This is, I guarantee, the only way to reverse second-hand smoke damage from a structure. You can try to paint over smoke damage, but the smoke damage will leach into the paint, even Killz paint, and all of those cancer-causing chemicals will still make you or your future tenants sick! They will leach through and harm the future occupants, guaranteed, and you (the owner) may find yourself legally liable if they suffer permanent lung damage, and guess what? They will. That’s what second-hand smoke damage does, harm people. By now, everyone should know that.
If your lungs were harmed by moving into a place that previously suffered second-hand smoke damage or has/had mold damage, you may want to consult with a lawyer and your insurance company to make yourself whole and to fix the problem right. Why do you think Insurance companies are happy to pay ServePro (they have a contract with insurance companies) thousands of dollars to run ozone generators in structures with second-hand smoke damage? Because they know the financial liability that looms if they don’t. They’re in the business of risk management, and liability mitigation. They know that harming a kid’s lungs for life can cost them hundreds of thousands or millions of dollars, and they know that there are case precedents to support that type of action. Negligence is no excuse. Second-hand smoke is known, and medically established that it causes serious harm to the lungs, especially the lungs of little ones or older folks, and it can create life long asthma and even lung cancer. How much is that worth? I don’t know. Millions perhaps if that were my kid.

Sadly, the HVAC industry spends a lot of time poo-pooing ozone shock treatments instead of ineffective HEPA filters or carbon filters that do NOTHING to remove chemicals from walls, cabinets, floors and the roof. Yes, ozone gas is not for breathing. Yes, you need to flush the area with fresh air afterward. And yes, ozone is the only way to permanently remediate second-hand smoke damage from a home. Period.
P.S. Lawyers also love to sue ozone generator companies as well because ozone gas, when inhaled, can cause lung damage. For this reason, you must place a sign on the front door that says “Warning, Ozone Shock Treatment in Progress. Stay Out” so that if a burglar breaks in and harms their lungs with ozone, they can’t sue you. Most often, it will be a Real Estate agent and his clients, from past cases where a warning sign was not placed. We don’t get sued because our machines are not air purifiers, they are only to be used in unoccupied spaces and used by contractors or homeowners acting as contractors to do it themselves. That means they use common sense precautions and use our equipment as directed, that includes using them with fans, not placing them near curtains, on the carpet, etc. (per our instructions.) We live in a litigious society, so one has to be careful to protect themselves.