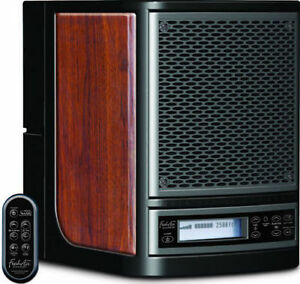 Forever Ozone has been selling our “open-air” design ozone generators since 2010, and we’ve never been sued once. Why? Several reasons, but main among them is the fact our engineered and designed in the USA ozone generators do not look like air purifiers! Nobody will find one of our ozone generators on a shelf while visiting your cabin and think, hmm, it does smell kinda musty in my room, let me turn this air purifier on while I sleep”. That does happen folks. Happens dozens of times a year, mostly by elderly people visiting the musty homes of relatives, finding the ozone machines, confusing them for air purifiers, and harming their lungs by falling asleep with the ozone generator running by their side. Lastly, you can store our ozone plates away from the machine, like removing bullets from a gun and storing the rounds somewhere else. Without the ozone plates, even if plugged in, our units won’t produce ozone!

This is just another one of the reasons why I designed our Forever Ozone ozone generators with an open-air design. The other reason, maintenance. The ozone plates have to be wiped down after each use to prolong the life of the ozone plate. Nobody takes 8 tiny screws off the typical ozone generator after each use and wipes down the ozone plates, nobody! Sometimes the ozone welds those screws shut so they can’t be removed anyway. Design flaw, or is it? Chinese have been known to design things to break down and fail prematurely to keep our landfills full and their factories churning!

Here’s the thing though, if you suffer from allergies, YOU DO NEED THE POWER OF OZONE to destroy the micro-pathogens that are driving you nuts! Enter our high ozone output shock treatment ozone generators! An ozone shock treatment in an unoccupied space will not only kill the molds, pollen, viruses, bacteria, and mite droppings that are wreaking havoc on your sinuses, it will also remove odors and break down harmful chemicals that also make you sick. So you see while breathing ozone created by ozone air purifiers is low quantities isn’t a great idea (can irritate your lungs) creating ULTRA HIGH levels of ozone in an unoccupied area is exactly what the doctor ordered to sanitize and transform your sick house into a healthy air environment.

What about creating low levels of ozone to keep the air smelling fresh, is that okay? Yes, at lower levels under .05 ppm, our lungs will not get irritated (unless you suffer from asthma). However, I only use ozone to freshen the air in my home while it’s occupied if I want to get rid of cooking odors, after going #2 in the bathroom, or if I’m trying to get rid of a fly or mosquito (they can’t take even low levels of ozone). If you live near a freeway with a lot of car air pollution, adding a little ozone to your air to help break that down is probably a good idea but again, under .05 ppm. Problem is, you don’t know how much ozone you’re creating, and that’s a problem. Just use common sense. Ozone is self-regulating in that if it makes you cough or gives you a headache, you’re breathing unhealthy levels and you should exit the premise ASAP. However, if it just makes the air smell nice and fresh, then you’re okay. I like to keep an ozone generator on top of the fridge and cut it on for a few seconds at a time with a wireless on-off outlet, same with the bathroom. There I have a unit screwed up high that I can cut on for a few seconds at a time to remove let’s just say certain not so pleasant odors. Nuff said.