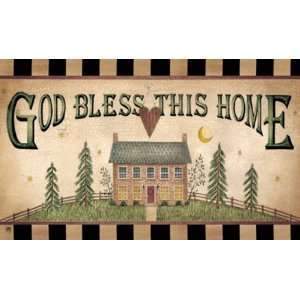 The simple truth is that we all shed pounds of dead skin per year, or as I like to call it, dust mite bait. Most of the dust you see floating around when a ray of light shines through is dead skin, dust mites, and dust mite droppings. If you take a flashlight and shine it 6 inches towards your open hand, you’ll see a ton of swirling dust. The problem is that dust, when you move into a new place, came from someone else, maybe even a dead person or someone with God knows what disease or negative energy, do you want that biologically active junk in your lungs? No, you don’t. Before you move in, you want to nuke all that junk with ozone and render it biologically inactive so that it won’t negatively impact your health.

Besides dead skin and mites, if you live in a humid area you’ll also have mold floating around. Also on the list of the things an ozone shock treatment will kill, besides mold, are viruses, bacteria, and off-gassing from furniture and new construction. (look up sick home syndrome) Ozone is the best solution to address those problems. However, you will be hard-pressed to find any mainstream outlets promoting ozone shock treatments. Why? It is my opinion that the Corporation that runs the USA works hand in hand with the drug makers to keep us sick by promoting things like air fresheners and other cancer-causing chemicals to freshen the air, as well as ineffective and money-wasting HEPA air filters vs. ozone. If you knew what I knew you’d be outraged and believe that the powers that be don’t care about our health or well being and might even hope we all dropped dead tomorrow ….well…maybe in a few months (after we pay our taxes, lol). I’m sorry that I sound so cynical. How about this instead. The Intl Corps first want us to spend whatever money we have saved on drugs and medicine before we check out. Better? 😉

Besides those things I listed above, there is another reason why I believe we should bless our new residence with ozone before we move in. Ozone will destroy any of the biological material (dead skin, blood, body juices, etc.) left behind by the previous owners. Years ago, an engineer who claimed to have worked on the “Philadelphia Experiment”, we’ll call him Al B, called me to buy an ozone generator to “scare away a ghost” in a relative’s home. He believed that entities from other dimensions could come back and access our dimension via left-behind DNA. Get rid of the DNA, viola! No more access to this dimension. He called me back several weeks later to let me know it worked. Ever since I’ve shared that story with dozens of folks with “haunting’s” and every time it worked. Why isn’t clear since I have no way of knowing if Al was right or wrong or whether there are other factors in play. Many times during paranormal events people claim to smell rotten eggs (sulfur) or other nasty odors, and ozone does break those things down like a shotgun and make them cease to exist, so maybe it’s that ..who knows. What I do know is that it won’t hurt to sanitize your new living area with ozone before you move in and since cleanliness is next to godliness….. it’s just a good idea whose time has come.

This site uses Akismet to reduce spam. Learn how your comment data is processed.