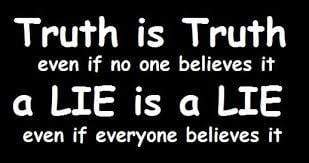 “Recent authoritative investigations have established, that pure Ozone is Nontoxic even in concentrations as great as 20 or 50 parts per milliliters of air.”

“Pure Ozone is not poisonous in any sense of the word as is breaks down in contact with the mucous membrane, and only Oxygen remains.”

“Ozone is absolutely harmless when used correctly. We have demonstrated this over a period of many years in patients of all ages.”

“The trouble is that one soon gets used to bad air, and bad odors are not apt to be noticed after a while, but the fact remains that pure air is more wholesome than contaminated air. In our regular daily life, it is almost an impossibility to provide for fresh air. No amount of ventilation, not even an unbearable draft, will be capable of keeping a room or a place in good condition unless one takes recourse in ventilating with ozonized air. Removal of bad odors by means of air flushing is an absolute impossibility, and yet they should be removed. That is where ozone comes in. The method of purifying the air by ozone has the advantage of being fully reliable, very efficient and inexpensive.”

“Ozone, its Manufacture, Properties, and Uses”

“Ozone destroys virtually all odors that are present. It does not merely mask them. The destruction of odors is impossible when the air is circulated only, or when oxygen is used. This fact has been proven in cold storage warehouses, where all kinds and any food products are stored. Odors are not present regardless of how strong they might be, or where they may originate if only low concentrations of Ozone is used.”

In “Air Conditioning and Ozone Facts”

“Unpleasant odors are not masked or covered up but are literally destroyed. The results in an ordinary room are almost immediate. Where clean, fresh air is desirable, this machine has a definite contribution to make to the Medical World.

“When Ozone comes in contact with dead organic matter, oxidation immediately takes place with the destruction of the organic matter. In this, it is powerful in removing odors.”

Is Ozone really effective in killing bacteria in air and water?

Ozone is an extremely effective, safe, and economical method of reducing common household bacteria, fungi, molds, mildew, and viruses. Scientific studies have proven this fact once and for all.

“Experiments with cholera and typhus bacteria are rather awkward to be carried out in a private plant, handling, say a million gallons of water per day, and the firm Siemens and Halske were very fortunate to find the Prussian State officials willing and ready to test the matter. Dr. Ohlmueller and Dr. Prall published results of their findings regarding the action of Ozone on bacteria. The experimental series covered the effect of Ozone on pure water infected with 16,000 cholera, at another time with 30,000 to 40,000 typhus, and another time with 20,000 to 40,000 coli bacteria. The result was absolute sterility after treatment. The next step was to see the result on infected ordinary river water carrying over 4,000 bacteria. After treatment with Ozone, some 5 or 6 were left over and those were harmless.”

“Ozone in the air in minute quantity of only 1 part per million retards the growth of bacteria and molds.”

“Ozone is a powerful germicidal. Its high germicidal activity is doubtless due to its oxidizing power.”

“Ozone generators have been installed in many homes, and that super-oxygen is particularly destructive to all microbes and at the same time it makes inert the dangerous dust with its bacteria-laden tenants.”

“One part Ozone in 2 million p. solution renders the virus polyomelitis inactive within 2 minutes compared with the double amount of chlorine using 3 hours.”

Can Ozone be classified as a therapeutic substance?

The remarkable capability of Ozone has interested doctors and hygienists for a long time. Therapeutic employment of Ozone is based on two modes of action. One is the action of the pure oxidation itself, the other, the action of the oxygen created by the oxidation, which in its status shows peculiar qualities.

“Ozone is exceedingly valuable from a therapeutic standpoint. It gives better and prompter relief than any other medication.”

“If I could have only one remedy, I would prefer to take my chances with Ozone.”

“To group one, belong the employment of ozone by infectious diseases, especially by tubercular diseases. The fact that Ozone infiltrates through the pores of the skin can be proved in a double way through chemical physio treatments. Tests have been made in taking 1 cc. blood from the patient before giving him a 20-minute physical treatment with Ozone. Another 1 cc. of blood was taken afterward. The result of the investigation showed by each of the persons tested an increase of healthy oxygen in their veins. In concluding, we can say that Ozone, in contact with the skin, is breaking down into molecular oxygen, and through perspiration enters into the inner tissue. The tissues are oversaturated and the Ozone diffuses into the veins. After the treatment, the increase in the different cases were 15, 17, 20, and 25% more oxygen in comparison with the original contents. This increase in oxygen in the tissues and veins leads forcibly to the complete oxidation of all organic acids, and by the expulsion of the carbonic acid, according to the law of the action of quantities to the complete deacidification, and therefore, to a spontaneous reduction of breathing frequency. These physiological verifications established Dr. Sehdens practical verified therapeutic results with many forms of diseases.”

“Ozone has a direct influence on the blood itself. It has been proved that patients treated both by injection and orally, rapidly increase their number of red corpuscles, some blood tests showing an increase of 50% in a months treatment.”

“I have before me 32 complete records and reports of reputable physicians who treated various diseases with olive or cod liver oil heavily charged with OZONE. By this method, the oxygen content of olive and cod liver oil used for treatment was increased 8.53 percent. In some cases, the cod liver oil used for treatment was charged with Ozone until its gravity of 0.925 was increased to 1,000. Among the cases treated with this oil were tuberculosis, anemia, lung trouble, Bright’s disease, abscesses, pneumonia and influenza, and as far as the records show, these cases were discharged as cured.”

“Like many other treatments, the reason for so many wonderful achievements derived from this simple aid, Ozone, is that it consists of nothing more nor less than activated oxygen. We all know that Oxygen is positively necessary to the existence of not only animal life, but of plant life as well. As a consequence, nobody can deny that activated oxygen must be very essential, not only as a preventive of disease but also a great aid in the supplemental treatment of ailments of all characters. I am very much impressed with the use of Ozone. We definitely are on the threshold of another medicament which seems to be a specific in many diseases.”

Statistic: In five years that Ozone has been used in the public schools of St. Louis, Tuberculosis cases have been reduced by 50%. Also, other diseases have been materially reduced.

“Ozone would save thousands of lives every year if homes and schools were equipped with apparatus for the circulation of Ozone.”