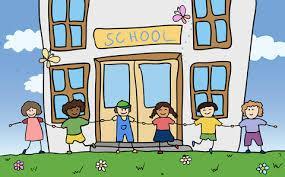 Ever since I learned that a school teacher in Lousiana was having miraculous results using ozone shock treatments late at night (when nobody present) to destroy the harmful molds, viruses, and bacteria in her classroom, I’ve been searching the Internet to see if anyone else has had great results using ozone shock treatments in schools. I know that this has to be kept on the “down-low” today given the different variables at play …… but I felt inspired to search anyway and boy am I glad I did! I found a case where St Louis schools used ozone shock treatments to improve health and grade scores using 2 control groups, schools with ozone and schools without! I was floored! This type of study would never be allowed today, given the fact Intl drug and chemical corps own our politicians and control our media. The results, of course, proved that using ozone increases test scores, attendance, and health. (on page 348 of this NCBI gov archive) I quote:

Ozone in the St. Louis Schools.- After preliminary studies and tests made on a number of persons with ozone concentration many times that for ventilation, ozone machines have been installed in the air ducts of a number of the school buildings of St. Louis. The first machine was installed in the O’Fallon School in 1919. The effects on the comfort and health of teachers and pupils were so marked that in the summer of 1920 ozone machines were installed in thirteen old schools and put in the specifications of three new ones. In most instances, the principals and teachers were not apprised of the change in the ventilation, in order that psychology might not figure in the results. The most beneficial results were noticeable in a few weeks. Teachers volunteered the information that pale and anemic children had gained in weight and that the new ventilation relieved the fatigue of the day’s work. Hundreds of visitors have visited the schools where this ventilation has been installed. To those who are not fully convinced of the merits of ozone in ventilation, an invitation is extended to visit the schools of St. Louis and make such tests as may seem desirable where the facilities for such are so large.- Jour. Am. Soc. of Heat.-Vent. Engineers, January 1922.

Click here to read the entire write-up in the Journal of American Society of Heating and Ventilation Engineers. Remarkable results! The schools using low levels of ozone in the HVAC system reduced sick days by 75% and increased test scores! And guess what? Those great results were simply attained by injecting low levels of ozone (1 ppm) into the air, not performing an “ozone shock treatment” in unoccupied rooms which is much safer and effective at killing mold, viruses, and bacteria. I’ve always known that low levels of ozone similar to those in the mountains (1 ppm) are healthy. People living in the mountains study after study finds are healthier and leaner (easier to lose weight) than people who spend all of their time indoors breathing oxygen-depleted air. I myself use the 10g Cool-Tec machine set at 11 seconds on, 11 minutes off in my home to inject just a little ozone to keep any airborne viruses, bacteria, or nanoparticles of metal from chemtrails in check. (ozone quickly rusts nanometals in the air) It’s been many years since I or anyone in my house have been sick, and I attribute it to the ozone shock treatments and the use of low levels of ozone to keep the air oxygen-rich (and bad guy free).

The sad truth is that we live in a litigious society. One cannot advocate injecting any ozone into the air. People with asthma can trigger an asthma attack if they breathe ozone (or go to the mountains) and the fact is that asthma is on the rise (an auto-immune disorder caused by toxic overload from vaccines with the insane new vaccine schedule IMO) so no, I am not advocating this for anyone. I am just stating that I do this myself and I am stating that when they did this in St Louis schools 100 years ago, they achieved miraculous results. FWIW. And I am advocating what that teacher is doing in LA, ozone “shock” treatments late at night when nobody is present to create 6-10 ppm to kill surface viruses, bacteria, and molds! The ozone reverts back to oxygen 40 minutes after the shock treatment is over, leaving the air oxygen-rich, clean, sanitized, and “bad guy” free! Of course, health and wellness will improve vs having to breath toxic oxygen-depleted air! Common sense. (not so common today)

This site uses Akismet to reduce spam. Learn how your comment data is processed.