Like all things, there is a ‘best way’ to do just about anything. In this article, a former IAQ tester will share with you what I believe to be the ‘best way’ to get rid of odors.

The easiest (but worse for your health) way to get rid of odors is to mask them with chemicals. Products like Febreze or any other air freshener, according to the Environmental Work Group contain many cancer-causing chemicals. If you must mask the odor, use essential oils and do your lungs a favor.

The first step in your quest to get rid of odors is to properly clean the floors of any dust (mop, vacuum, etc) Once you get rid of dust, all you need is to run the HVAC system 24/7 with a MERV 11 furnace filter. I’ve blogged about that several times.

If you want to get rid of pet odors, you’re probably dealing with urine. You’ll need to rip out carpets and pads. Next, you’ll need to douce the urine stain areas with enzymes. Lastly, you’ll have to perform a one or two-day ozone shock treatment in the unoccupied structure. The best way to do that is one hour on, one hour off via a 24 hour 30-minute timer.

If you want to get rid of cooking or second-hand smoke odors, then you’ll need to clean off surfaces with a de-greaser, clean the carpets with a degreaser (or replace them) and then follow up with a one to four-day ozone shock treatment, on hour on and one hour off the whole time. This time, you’ll need to flush all of the byproducts of the oxidized chemicals (now tiny particles) out of the house via a negative pressure technique we preach. It involves opening all of the windows and doors and pointing a 20″ box fan outwards from the lowest window, the rest of the window sealed, to draw air in and force the air out via the box fan. If you don’t do this (and most ozone generator vendors only care about selling you and ozone generator, don’t care about your health, so they won’t tell you this) then those tiny particles will be breathed in deep into the lungs and like second-hand smoke, potentially cause problems for health. (humans and pets) So make sure to do this final step whenever you perform an ozone shock treatment to get rid of second-hand smoke.

Just remember, ozone is not for breathing! It’s only for use in unoccupied areas. Wait one hour after the ozone shock treatment before going back in and comply with all state and local regulations. If you have any questions, please give us a call.

Disclaimer: In the USA, the FDA has not approved ozone for medical use. If you have any questions about using ozone, please talk to your doctor or health professional. Ozone is not for breathing! Breathing high concentrations of ozone can harm your lungs (see EPA warning on ozone air purifiers) We do not sell ozone air purifiers. We only sell commercial ozone generators for use by Contractors (or homeowners acting as contractors) to ‘shock’ the air in unoccupied areas ONLY! Please use as directed for air shock treatments, and only if you feel you can competently follow instructions. 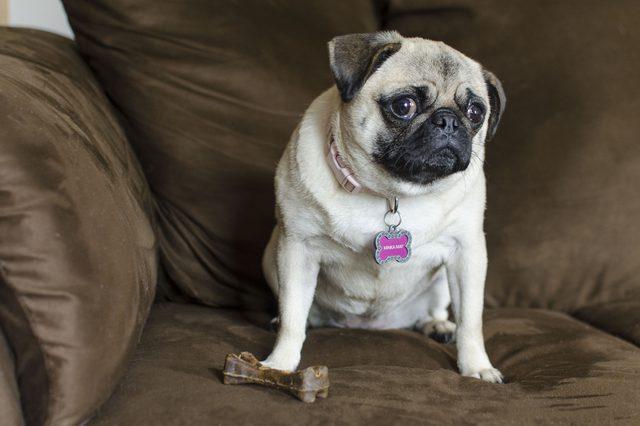 What is needed is a lot more “ozone power” than what you get from the typical Chinese made ozone generator, the type you find on Amazon and eBay. Here is why.

1) Heat destroys ozone. The air glides over both sides of the ozone plates in those types of ozone generators at the same time, not creating the air friction needed to properly cool the ozone plate! A test with a heat sensor reveals that those ozone plates get up to 140 degrees. At those temperatures, the ozone plates hardly creates any ozone, about 10-20% of what they are rated to create.

When you plug those two factors into a formula on how much ozone you need to create high enough ozone concentrations to permanently reverse second-hand smoke damage, kill mold, kill mites, etc, you find that one Chinese made ozone generator will only freshen the air, it won’t permanently get rid of odors, kill mold, kill mites, or basically do the job it was intended to do.

What is needed to get the job done right? That depends on the humidity level. Let’s say your structure is 1200 square feet and the humidity levels in your home are 50%. You need at least 24,000 milligrams of ozone per hour to create the high parts per million of ozone power to get the job done right. If you have a 2000 square foot structure with 25% humidity, you can get buy with 30,000 milligrams as well, so you see, the humidity plays a large role in determining how much ozone power you will need. We recommend using dehumidifiers to lower the humidity, and to lower the temperature as low as possible during the ozone shock treatment. We also recommend using negative pressure to draw fresh air in after the ozone shock treatment to flush out the treated air and bring in fresh air by opening windows and using a strong fan to force air out, with the help of a tarp and some duct tape.

Getting professional results with an ozone shock treatment is more than just buying a cheap ozone generator and moving it around. You need to take into consideration the humidity levels and buy enough ozone power to get the job done right, and you need to bring in fresh air after the ozone shock treatment, not just let the ozonated air to linger. You won’t hear that anywhere but here, but it’s the truth, and the truth shall set you free (of the problems associated with toxic indoor air, in this case)

Most people don’t know that products like Febreze have many cancer-causing ingredients. They falsely claim that they “eliminate” odors when all they really do is mask the odors and add toxins to your indoor air. The EPA says that indoor air is 5 times more polluted than outdoor air partly due to the many chemicals and toxins found in air freshening products and cleaners. Sad.

I found this bit of information useful and helpful to this current discussion:

The Natural Resources Defense Council studied the effects of air fresheners, discovering that they currently undergo no safety testing. The results were disturbing, because they revealed high levels of phthalates, which are known to be especially harmful to children. These chemicals were even present in sprays which were claimed to be “All-Natural” and “unscented”. Phthalates were not disclosed in the list of ingredients for any of the products.“Phthalates are hormone-disrupting chemicals that can be particularly dangerous for young children and unborn babies. Exposure to phthalates can affect testosterone levels and lead to reproductive abnormalities, including abnormal genitalia and reduced sperm production. The State of California notes that five types of phthalates — including one that we found in air freshener products — are ‘known to cause birth defects or reproductive harm.'” — Natural Resources Defense Council

1,4-Dichlorobenzene is a chemical that is found in the blood of 96% of Americans. It has been linked to lung damage, is a known carcinogen, and it is an E.P.A. registered pesticide. Studies found it to increase rates of asthma. It can be found in the majority of air fresheners, toilet deodorizers, and mothballs. It works by attacking the receptors in the nose, and thus eliminating the sense of smell. This is how the new generation of air fresheners actually “freshen”. This chemical was introduced into the American market with the Febreze product from Proctor & Gamble. The new generation of air fresheners that were inspired by the success of Febreze are literally using chemical warfare to destroy their customers’ sense of smell. That lack of smell is where the illusion of freshness comes from. The user only smells these air fresheners for about a minute after they have been sprayed, and then the nose cannot smell most fragrances anymore. This is not a normal adjustment to odors, anymore than a loss of one of the other four senses. The process is the equivalent of using a chemical blinding agent to escape the unpleasantness of a bright light; when that chemical is known to be both poisonous and carcinogenic. By design, the freshening chemical causes damage to the mucous membrane, which is claimed to be temporary. However, no long-term studies have ever been done to test the effects of chronic exposure. It is important to remember that anything inhaled is immediately absorbed into the blood through the lungs relatively unchanged. (read more)

Below you’ll find a list of just some of the 87 chemicals found by the EWG in Febreze Air Effects, listed in order of their toxicity to humans:

Why are these types of products allowed to be sold without a warning label? Greed. Maybe they don’t give two $*()@ about your health. Who knows. Who cares. Take ownership of your own health, educate yourself, and protect you and your family from toxins. Use ozone to sanitize your air and prosper.